President Biden recently proposed physical and human infrastructure plans paid for by significant changes to taxes on businesses and individuals. This webinar will provide an overview of the proposed tax changes, as well as insights into timing of the Congressional process. It will also cover NFIB’s advocacy efforts on behalf of small business owners and provide opportunities for small business owners to share their stories and take action.

This webinar will cover: 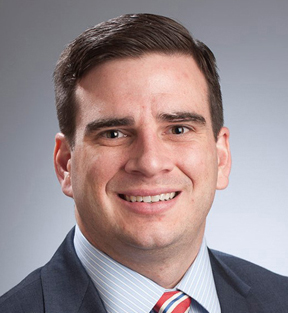 Courtney Titus Brooks joined the NFIB federal lobbying team in June 2018 with over 10 years of experience in government and government affairs. Prior to NFIB, she served as Director of Federal and State Government Relations for the U.S. Tire Manufacturers Association.

Earlier in her career, Courtney served as Legislative Director for Rep. Tom Rice (R-SC). She had the pleasure of working for Rep. Rice from his first day on Capitol Hill until a year after he was placed on the Ways and Means Committee. Preceding her years in the House of Representatives, Courtney worked for Senator Lindsey Graham (R-SC) in two different stints – first as Legislative Correspondent, then as Legislative Assistant.

A South Carolina native, she attained her bachelor’s degree in Political Science from Elon University and her Master of Public Policy degree from the George Washington University.

Courtney lives on Capitol Hill with her husband, Coleman, and their two dogs.

For more examples on how this change would impact family-owned businesses,
check out a new study of this issue published by the NFIB-led Family Business Estate Tax Coalition last month. 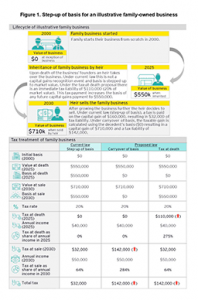