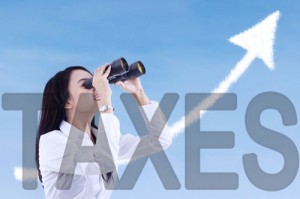 Get the legislative outlook for this tax season and learn what you should keep in mind when filing. We’ll cover post-Fiscal Cliff changes, new regulations to consider and how to take the simplified home office deduction. We’ll also give you an update on what’s happening in the Senate and House on tax issues. Learn NFIB’s tax priorities and legislative goals, tax reform prospects and what the budget deals mean to your small business.

Watch the Recording Below to Learn the Latest About:

@NFIBlive @NFIB Thanks 4 doing webinars; much education is needed on #homeOffice for #taxes. If #smallBiz pays no rent let’s look into it!

Chris Whitcomb is Tax Counsel at the National Federation of Independent Business. Previously he worked on tax policy issues with the National Association of Home Builders. Chris studied tax law at Georgetown University.

Ashley Fingarson is Manager Legislative Affairs (Senate) at NFIB. She has extensive background on federal tax and budget policy as well as experience with Native American, legal and regulatory reform issues. Most recently, Ashley served as the Legislative Assistant for tax and budget policy for Senator Kay Bailey Hutchison (R-TX). Prior to her time with the Senator, she was the Director of Legislative Affairs at Associated Builders and Contractors and focused primarily on tax and fiscal issues, as well as OSHA and transportation policy.