Spoke to small biz community at #NFIBSummit about getting gov’t off the backs of job creators. twitpic.com/9lf01q 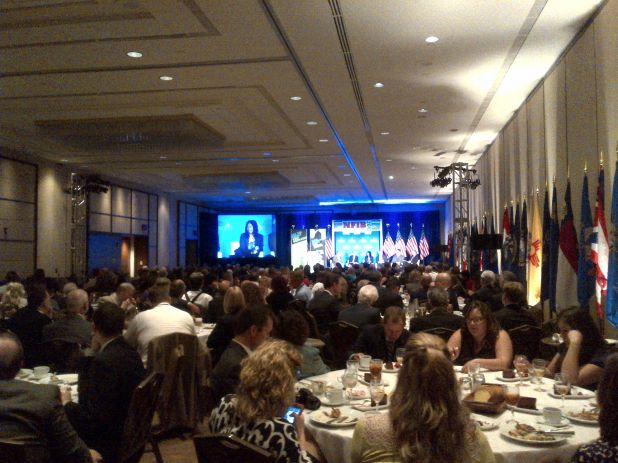 Sen. @MarcoRubio answering some questions after addressing the @NFIB Florida Chapter during the 2012 #NFIBSummit. twitter.com/SenRubioPress/…

.CookPolitical says few other organizations in DC have the potency of @NFIB #NFIBSummit

Great meeting with @NFIB_WI today. Thanks for coming to DC to discuss how we get the economy moving again!

Just met with folks from PA with @NFIB to discuss #smallbiz #jobs and the need to repeal #obamacare twitter.com/RepTomMarino/s…

Don't believe anyone who says at this point they know who will be next prez - Stu Rothenberg #NFIBSummit twitter.com/NFIBlive/statu…

"how can u plan 4 the estate tax when u don't know your liability?@NFIB is great, leading on this issue." #NFIBSummit twitter.com/NFIBlive/statu…

Thanks to Cong Pence, Bucshon, Young, Stutzman and Sen Coats for meeting with IN NFIB members in DC. Keep up the fight for free enterprise!

Thank you @JohnThune and @RepKevinBrady for talking about small business tax issues at the #NFIBSummit!

Charlie Cook, Featured Speaker
America's most trusted, most accurate, voice on all things political. Publisher of the "Cook Political Report."

Stuart Rothenberg, Featured Speaker
The go-to authority for clear-eyed analysis of all government developments affecting this country. Editor and Publisher of the "Rothenberg Political Report." Columnist for "Roll Call."

With the future of the economy and the country up for grabs in next year’s elections, this is an opportunity to engage with political insiders and policy experts and speak up for what you believe in.