Indiana depends on small businesses to keep its economy thriving – and we need leaders like Mike Braun in the U.S. Senate to keep Main Street strong and our economy booming.

As a business leader, Mike Braun has created hundreds of jobs, and he’s seen first-hand the difficulties that small business owners face.  He believes that reducing regulatory burdens, cutting taxes, and repealing ObamaCare will grow jobs in Indiana and keep our economy thriving.

Mike Braun is the political outsider and business leader Indiana needs in the U.S. Senate.

As founder and CEO of Meyer Distributing and owner of Meyer Logistics, Mike Braun – NFIB member since 1972 – has employed thousands of Americans across the United States. Braun’s companies serve all 50 states and have locations in 38 states, with Meyer’s corporate headquarters located in Jasper, Indiana. 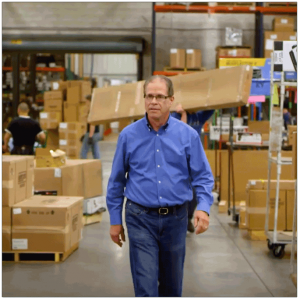 Braun has been a businessman his entire adult life and understands the difficulties small business owners face. His top priorities, should he serve in the Senate, mirror those of NFIB. Braun states that “government is not the driver of new job creation or economic prosperity” and believes that cutting back taxes, removing burdensome regulations, and repealing Obamacare will allow for an environment where jobs can be created.