In his first update from the 2014 Regular Session, NFIB/Washington State Director Patrick Connor thanks an NFIB-member state legislator for his help in protecting small-business owners against the state’s chief law enforcement officer’s attempt to deny their ability to recover attorney fees.

Attorney General Bob Ferguson announced just before session that one of his four legislative priorities is taking up Rob McKenna’s quixotic quest to strip small businesses of their ability to recover attorney fees when successfully defending themselves against litigation brought by the state under its consumer protection act.
As we did in 2011, NFIB has again led the charge to quell the attorney general’s misguided attempt to tip the scales of justice against small business. The House version, House Bill 2055, was the first bill heard by that chamber’s Judiciary Committee. It was scheduled for executive action January 30, but no action was taken.
The Senate companion, Senate Bill 5985, has not been scheduled for a hearing. Senate Law & Justice Committee Chairman Mike Padden is not expected to hear either bill, even if HB 2055 somehow manages to pass the House. We appreciate the work of NFIB-member Rep. Terry Nealey and fellow Rep. Matt Shea who have offered amendments in the House committee to protect small businesses and uphold their constitutional rights in consumer protection act cases.
In other issues of concern to small business.
Health Care
NFIB has engaged on several health care bills, supporting:
Labor
As is generally the case, labor and employment law is the most contentious issue area in the Legislature, particularly in an election year like this. Both chambers are considering bills that will be dead on arrival in the opposite body. Nonetheless, NFIB and its members have testified on several pieces of legislation that would impact small business should they be enacted.
NFIB supports:
NFIB opposes:
Taxes
Despite speculation the state Senate may not adopt a supplemental budget this year, several tax-related issues are under active consideration in both chambers. Thus far, NFIB has been able to support many of these proposals:
Leadership Council Members Testify

Not even the very best professional lobbyists can match small-business owners in getting lawmakers to listen and to act. Smart legislators know that small-business owners are the most highly regarded group in America, according to Pew Research and others. NFIB/Washington thanks its leadership council members for taking the time recently to testify on bills harmful and beneficial to small business. Photos of them at work are below and above.

Selected NFIB testimony and press coverage on the above issues are available here. For more information, please contact NFIB/Washington State Director Patrick Connor at 360-786-8675. You can also stay up to date by following us on Twitter (@NFIB_WA) and Facebook.

We appreciate the work of NFIB-member Rep. Terry Nealey and fellow Rep. Matt Shea who have offered amendments … to protect small businesses and uphold their constitutional rights.” 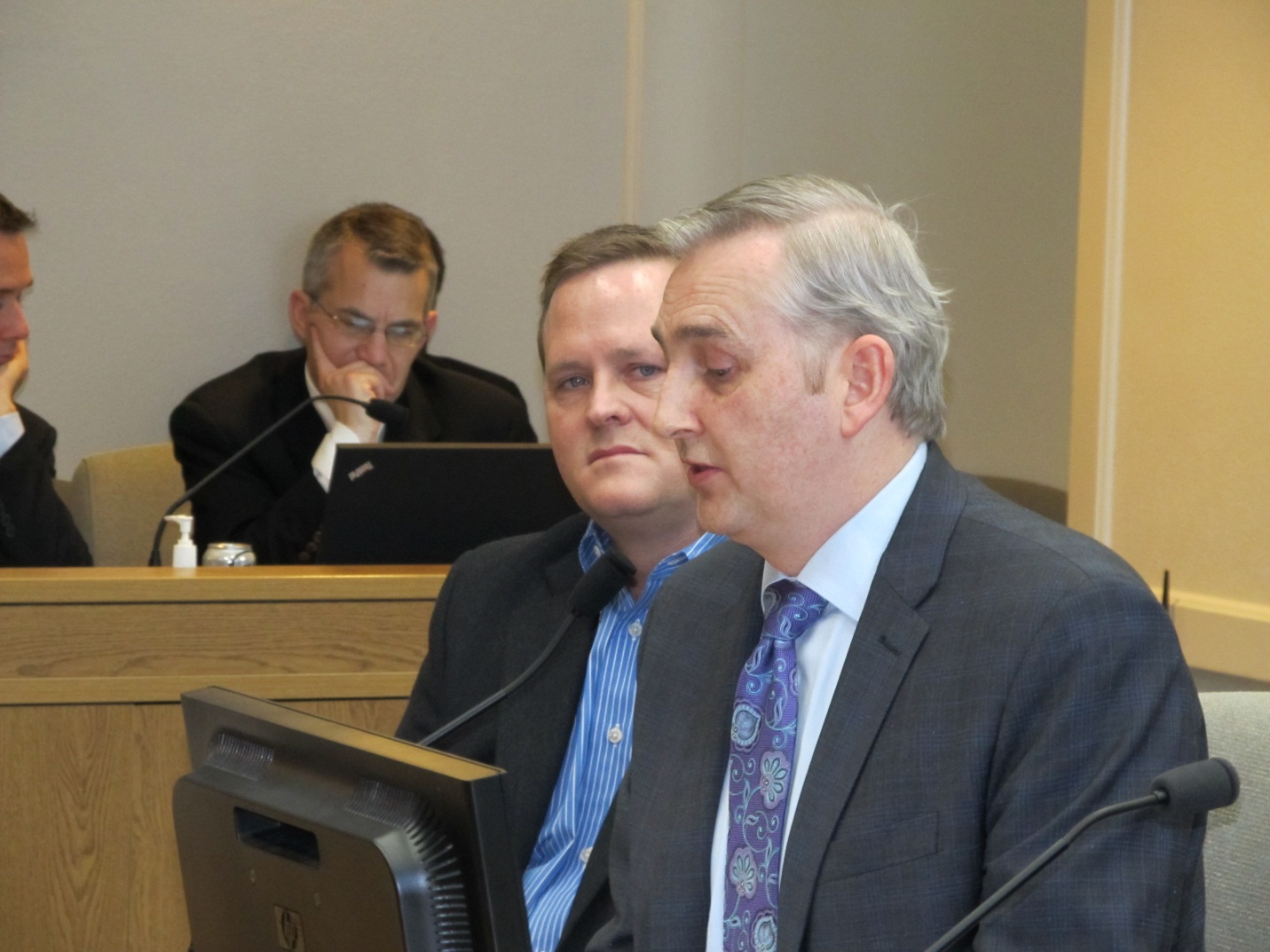 Jeff Chambers, left, owner of Visiting Angels in Olympia and Tacoma, joins NFIB/Washington State Director Patrick Connor, right, in testimony on the implementation of the Affordable Care Act and its effect on small business.