Inflation digging in deeper as No. 1 problem for many Main Street entrepreneurs

DENVER, Feb. 8, 2022—One huge problem for small business is triggering another in a big way, according to today’s release of the latest bellwether measurement of the nation’s Main Street economy, which shows inflation now a major concern for many small-business owners.

The Small Business Economic Trends report (aka the Optimism Index), released monthly by the National Federation of Independent Business (NFIB), America’s largest small-business association, found 22% of small-business owners reporting inflation as their single most important business problem, unchanged from December when it reached the highest level since 1981. The net percent of owners raising average selling prices increased four points to a net 61% (seasonally adjusted), the highest reading since the fourth quarter of 1974. 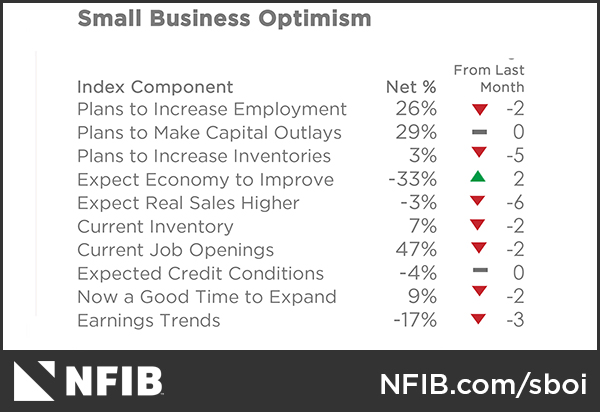