DENVER, Feb. 3, 2022—From Tony Gagliardi, Colorado state director for the National Federation of Independent Business (NFIB) on today’s release of NFIB’s monthly Jobs Report. The report is a national snapshot not broken down by state.

“It’s shocking employers are now saying the quality of the employee far outweighs the employment costs. Finding skilled employees now is the most important factor for small business owners.”

“Small business owners are managing the reality that the number of job openings exceeds the number of unemployed workers, producing a tight labor market and adding pressure on wage levels. Reports of owners raising compensation continues at record-high levels to attract applicants to their open positions.” 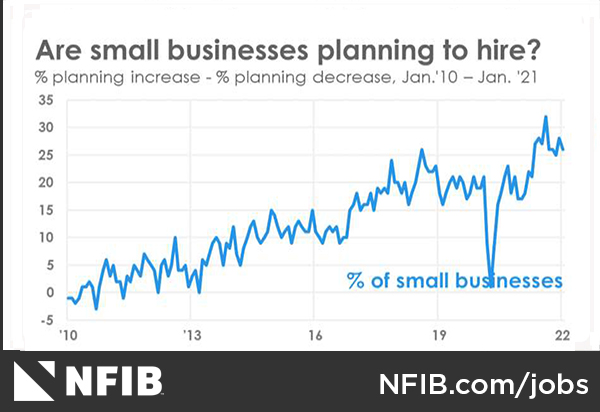