SACRAMENTO, Calif., Aug. 18, 2020—A study released late last week by the nation’s leading small-business association revealed five issues in particular that were more problematic for Main Street entrepreneurs in California to deal with than they were for their counterparts across the nation.

Every four years since 1982, NFIB has published its Small Business Problems & Priorities report listing 75 concerns small-business owners have with their abilities to keep their doors open and people employed. For only the second time, California was segmented out from the national readings (New York, Texas, and Ohio were the only other states), and while some issues ranked parallel to, or didn’t vary widely from, the national readings (cost of health care, federal taxes, property taxes, to name a few), five issues did show a double-digit disparity between how small-business owners across the nation ranked them as problems in comparison to California’s Main Street entrepreneurs.

“There were some issues that were of less concern to California small-business owners than they were to others across the nation,” said John Kabateck, California state director for NFIB, “but for five of the 75 issues, there was an alarming variance it would behoove state policymakers to give serious consideration to ameliorating. With only a few weeks left in the 2020 session, it’s probably too late now, but that leaves four whole months to start laying the groundwork for some 2021 action. In the meantime, voters can do their part by electing more pro-small-business candidates to office.”

The 2020 edition of the Small Business Problems & Priorities report also divided the 75 issues, nationally, by:

The California-specific rankings begin on Page 82.

Keep up with the latest on California small-business at www.nfib.com/california or by following NFIB on Twitter @NFIB_CA or on Facebook @NFIB.CA. 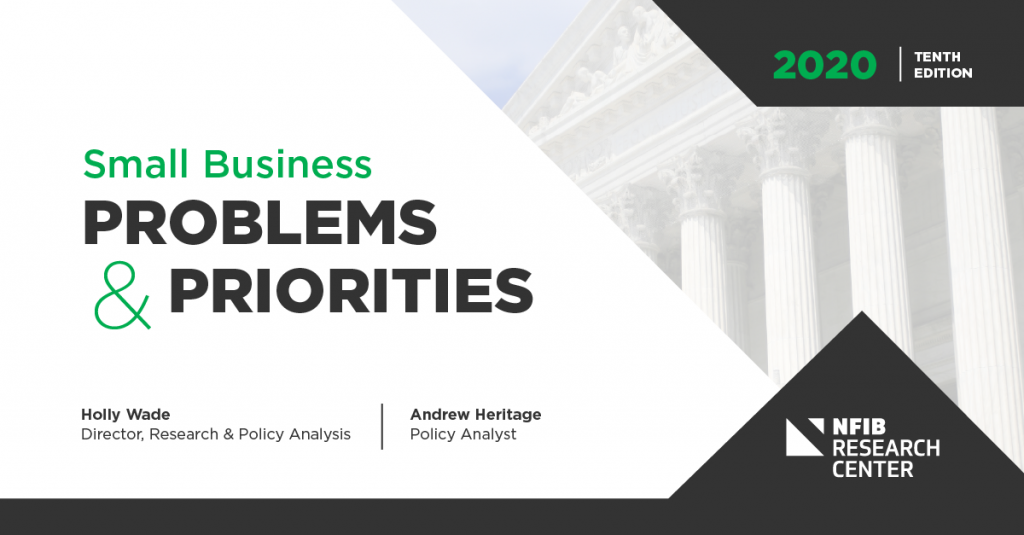