For the legislative and political week May 17-21

Welcome to the May 17 edition of the NFIB California Main Street Minute from your NFIB small-business advocacy team in Sacramento.

Yes, no one wants to celebrate such a day. But we hope two huge successes your NFIB team in Sacramento helped achieve this year make tax compliance a little more bearable and tax payments a little less onerous.

We would love to have called the following bills achievements, all of them well on their way to passage aided by NFIB support. But they still await U.S. Treasury Sect. Janet Yellen’s green light that they do not clash with provisions of the American Rescue Plan Act, or they await a decision in one of four court cases NFIB is involved in. They are:

That’s billions with a ‘B’

The big news of last week will reverberate this week: Gov. Gavin Newsom’s revised budget forecast. The numbers astound and there’s no looking back in history for comparison because Friday’s announcement is unprecedented.

No steak knives for you

… And for small business?

Turning to something a little lighter …

State Director John Kabateck and his brother, Brian, a top consumer attorney, are the Tom and Dick Smothers for the Sacramento set, and they are back with another in a series of KabaTalk podcasts. Their most recent one had California State Treasurer Fiona Ma as the guest. Check out the lively and informative discussion the brothers had with her by clicking here.

Please join us this Wednesday, May 19

Next Main Street Minute, May 24. 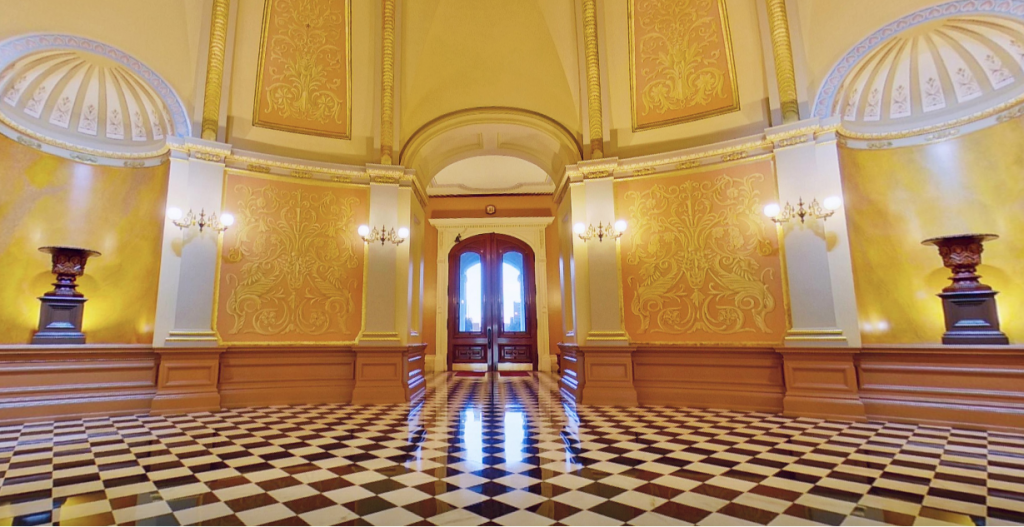 Photo courtesy of the Capitol Museum