No on Prop. 208 Small Business Central

Summary of NFIB’s Opposition to Prop. 208

Since 2015 Arizona law has included an annual adjustment to the income tax code to account for inflation. This annual adjustment consists of increases to the nominal income dollar thresholds for each rate bracket in the income tax structure. Many states have similar provisions as does the federal government. These adjustments prevent inflation-induced increases in tax rates. For example, if an income tax rate bracket starts at $100 in a given year and the next year saw a 3% inflation increase, then the threshold for the tax rate bracket would be adjusted from $100 to $103. Making nominal adjustments like this on an annual basis prevents taxpayers from having an ever-larger portion of income subject to higher tax rates where, in real terms, there has been no income increase.

That the drafters of Prop 208 chose to ignore a well-established tenet of taxpayer protection drives a stake further into the hearts of Arizona small business owners. Without an annual adjustment for inflation, each year, more small business owners will continue to find themselves subject to the 77.7% increased income tax rate. Even those businesses with steady, but not increasing, business income will eventually be snared in the Prop 208 trap.

NFIB in the News 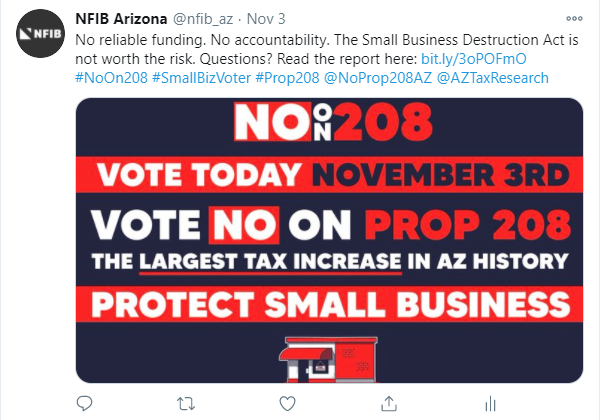 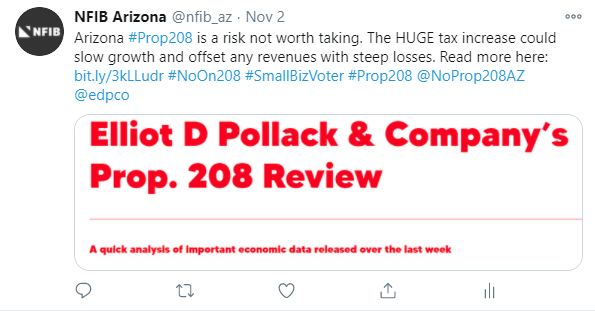 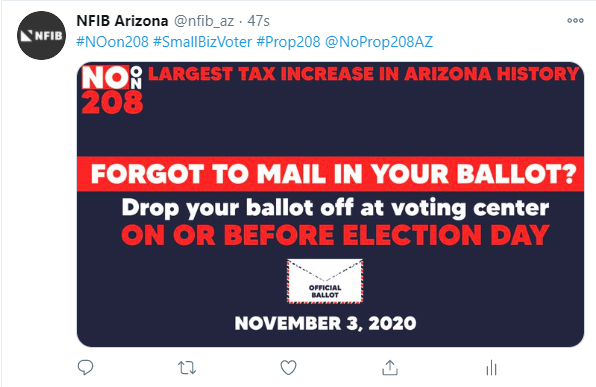 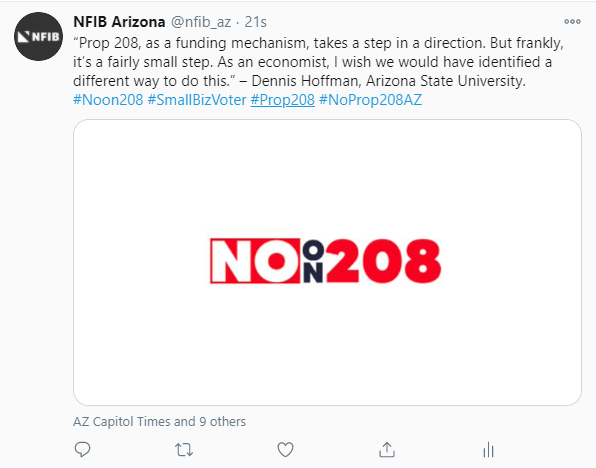 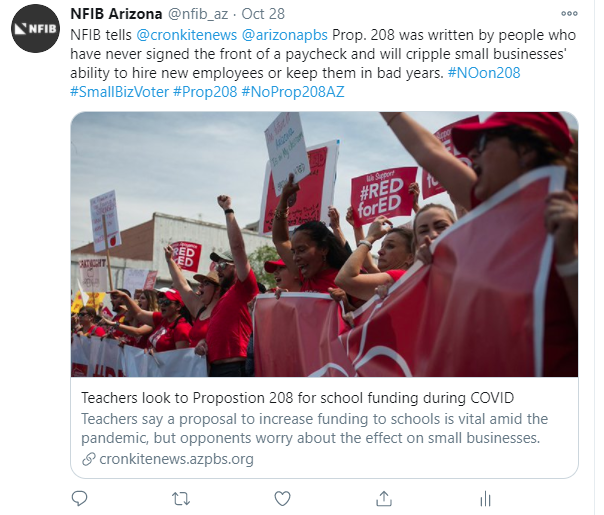 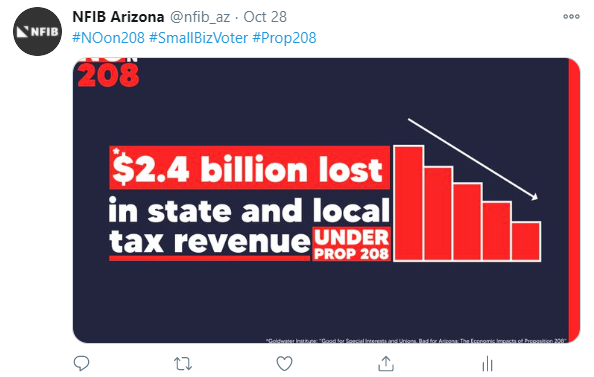 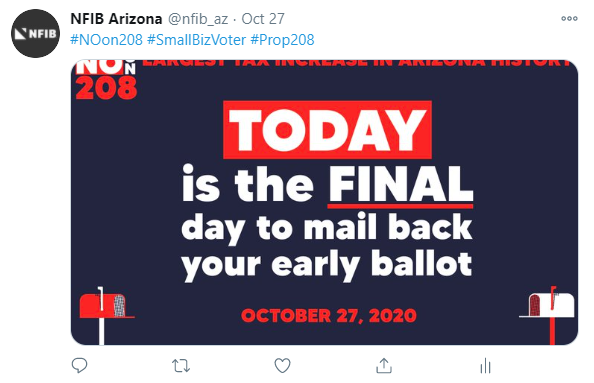 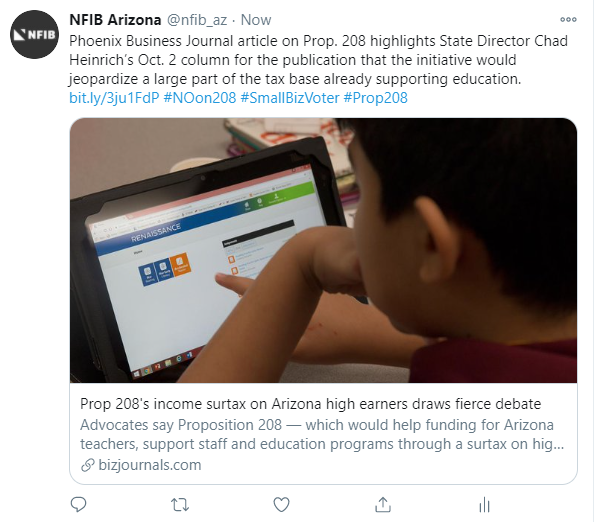 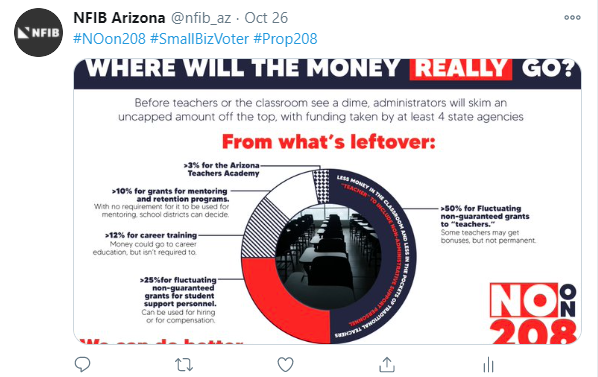 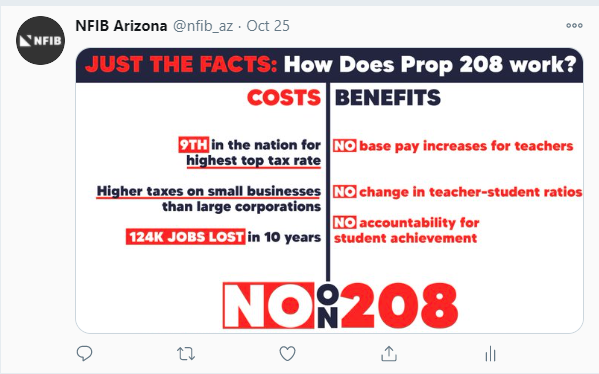 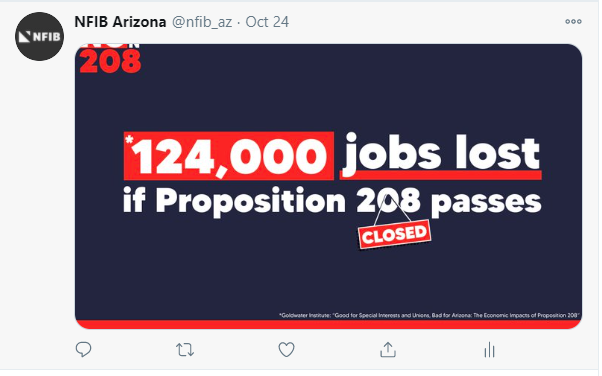 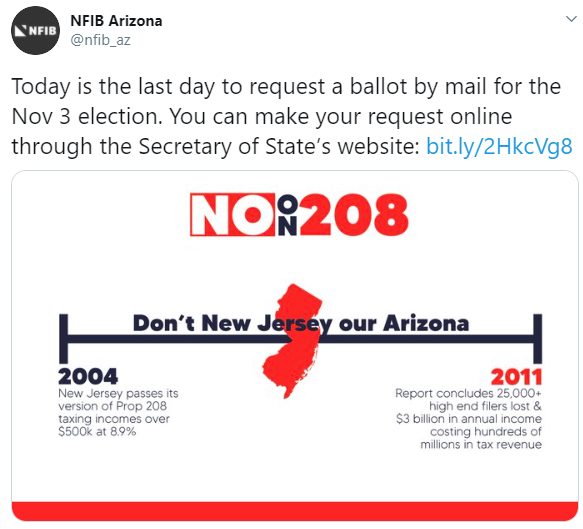 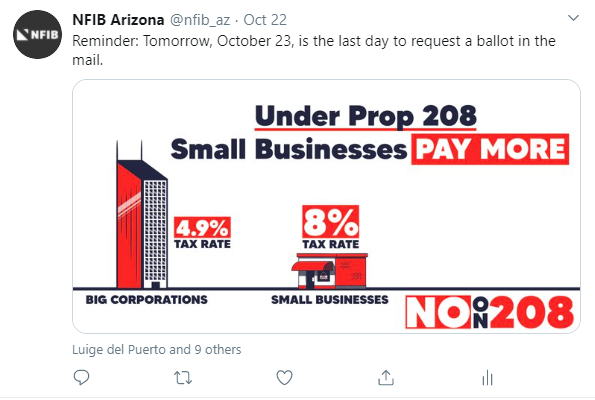 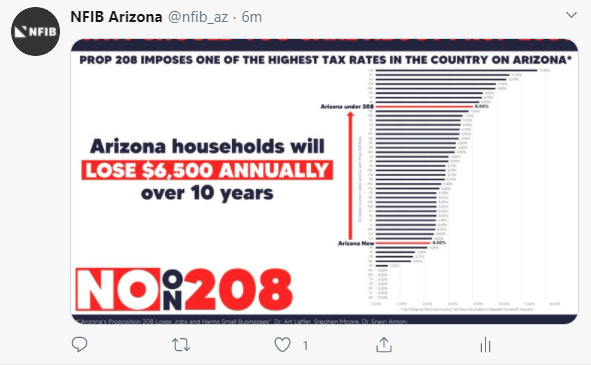 In the final analysis, the voter is left with an initiative that does significant damage to an important revenue source for all Arizonans, undermines an economy reeling from the pandemic, and offers very little to teachers and students.