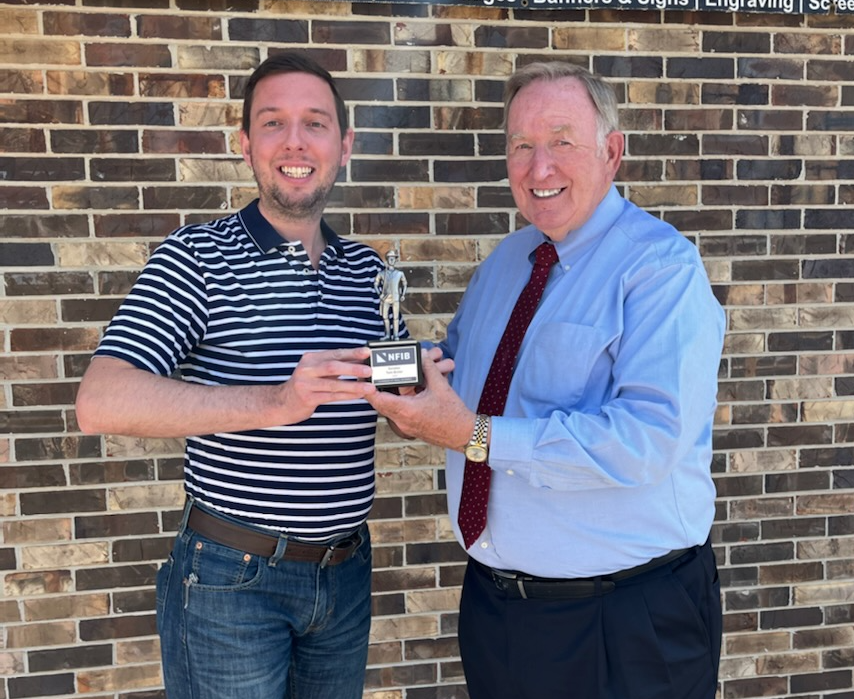 NFIB has presented its coveted Guardian of Small Business Award to state Sen. Tom Butler today at Rousseau’s Awards, an NFIB member business in Huntsville. The award was presented by Rousseau’s Awards owner, David Pinkleton, a member of the NFIB Alabama Leadership Council.

The Guardian of Small Business Award is the most prestigious honor that NFIB bestows on legislators in recognition of their efforts to support small businesses. The NFIB Alabama Leadership Council, an advisory board comprised of NFIB members, voted to present the award to Senator Butler for his outstanding leadership on small-business issues.

Butler, who represents District 2, chairs the Veterans and Military Affairs Committee. He has earned a 100 percent NFIB voting record for the 2019-22 legislative sessions. In this year’s session, he was the Senate sponsor for House Bill 391, legislation that will provide substantial tax relief for 230,000 small businesses by eliminating the annual $100 minimum business privilege tax.

In presenting the award to Senator Butler, Pinkleton said, “On behalf of our small business members, I am proud to present Senator Butler with the Guardian of Small Business Award.”

NFIB State Director Rosemary Elebash said, “Senator Butler has shown us that he understands the challenges facing Main Street businesses and will do everything he can to create an environment where small businesses can succeed.”