John Casella oversees NFIB’s membership development activities in both the field and telephone operations, with responsibility for acquiring and renewing members to support a $100 million revenue budget.  Casella joined NFIB in 1990 as a field sales representative and also served as a division manager and region sales director before being promoted to Senior VP of Sales in 2010.  In 1995, he was inducted into the NFIB Sales Hall of Fame.

Previously, Casella was a managing partner in his own small businesses, Advanced Auto Electronics/City Wide Auto Glass of Dartmouth, MA.  He also served in the United States Air Force and on the boards of numerous local organizations, including Junior Achievement of Southeastern Massachusetts, the New Bedford, MA Area Chamber of Commerce, the New Bedford, MA Exchange Club, and Allendale Country Club in Dartmouth, MA. 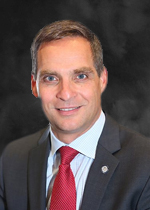